An often asked question is, “are there advantages in upgrading to cat 5e cable?” The answer to that question is a resounding “yes.”

The fifth generation cat 5 cables was designed to transfer data at speeds not exceeding 100 megabits per second (Mbps). At the time the specs were developed this was great but as computers have continued to operate faster and have advanced processing capabilities, it has become critical that the cables be able to handle the increased speeds and larger data streams.

The demands of most computer users can still be met with cat 5 cable even if they are part of a significant network, however, there are a number of cases where additional data throughput would be beneficial.

There are certain applications that require that huge data loads be transferred; an example is transferring the files associated with computer aided drawing (CAD) programs. It is not just large work files that can benefit, on-line gamers also find that many games perform much better and much smoother when there is larger bandwidth signal to employ.

Data transfer is obviously one significant benefit of cat 5e cable over cat 5 cable. There are other advantages such as an improvement in the twist ratio of the conductor pairs which greatly reduce ant interference or cross-talk between the pairs. Although the design of cat 5e cable was never intended to transmit higher speeds, speeds in excess of 100 Mbps, it was discovered that a cat 5e cable could operate at speeds of 1000 Mbps which is 1 Gigabyte of data per second. This huge increase in speed capabilities opened up a host of new possibilities.

If you are looking into the installation of a wired network you may be considering employing cat 6 cables, you should take a close look at cat 5e. You will find that cat 5e cables are readily available and operate every bit as efficiently as cat 6 which are much higher priced. For your information the following is a brief overview of the Cat 5 and 5e cables in use.

Cat 5: Four twisted pairs which operates at speeds up to 100 Mbps.

Cat 5e: Four twisted pairs with an improved twist ratio and enhanced transmission speed, less interference and cross-talk and speeds up to 1 Gbps. 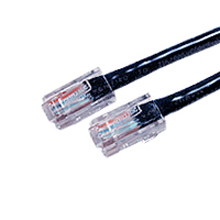 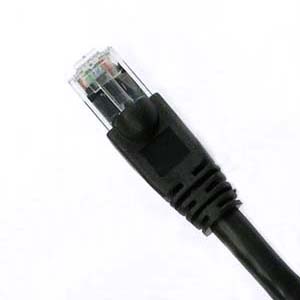